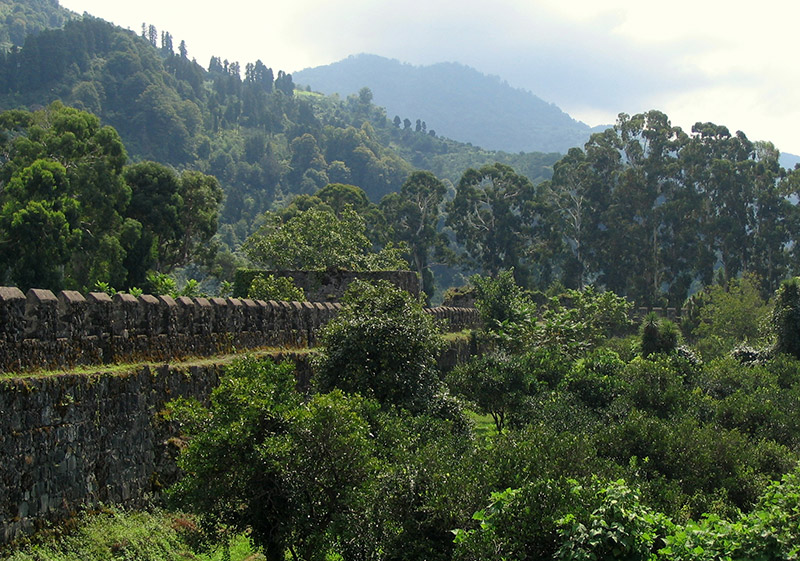 Petra is situated in the village of Tsikhisdziri, between Batumi and Kobuleti in the region of Adjara in southwestern  Georgia.

Accounts of Petra have survived from Byzantine historical sources of the 6th-9th centuries (Novellae Justiniani, Procopius’ Wars, Notitia Episcopatuum). According to these sources the Byzantine Emperor Justinian (527-565) proclaimed that a fortified city should be built on the site of a previously unimportant settlement on the Black Sea coast, near the southern frontier of Lazica. Because the fortress was situated on a rocky headland it was named ‘Petra’ which means ‘rock’ in Greek. This fortress-city played a great role in the Lazic War between Byzantium and Sassanid Persia. From the sixth to the ninth centuries Petra is mentioned as the one of the eparchial centres of Lazica under the Constantinople Patriarchy.

In the vicinity of Tsikhisdziri there have been many archaeological discoveries over the last century or more-many of them accidental. Major discoveries include bronze tools from the second millennium BC (in the collections of the State Museum of Adjara and the National Museum of Georgia) and gold jewelry, silver and bronze vessels from the 3rd century AD (in the collection of the State Hermitage Museum in St. Petersburg). The most remarkable find among the latter group is the gold medallion with an image of the Roman Emperor Lucius Verus. Ancient Greek, Roman, Byzantine, Parthian, Sassanid, Arab and Ottoman coins have also been found at the site.

From the beginning of the 1960’s regular archaeological excavations have revealed remains of the fortress walls and towers situated on the two hills. Inside of the citadel a small church with a semicircular apse was discovered, which was built on the site of an earlier Byzantine basilica. Within the citadel an early Byzantine bath and cisterns have been discovered.

Outside the citadel a settlement with finds from various historical periods (Archaic, Classical, Hellenistic; Roman and early Byzantine) has been excavated. Excavations below the citadel have revealed 4th century baths, an early Byzantine villa and a vast cemetery dating from the Classical to the early Byzantine periods. Finds from the graves consist of gold, silver and bronze jewelry, ceramics, glassware, iron weapons, tools and coins. In addition the remains of a church dating from the 6th or 7thcentury with Christian graves have been discovered nearby.

Historical sources and archaeological materials show that Petra-Tsikhisdziri was settled for a considerable period of time and in the 6th century it was at the centre of world events. 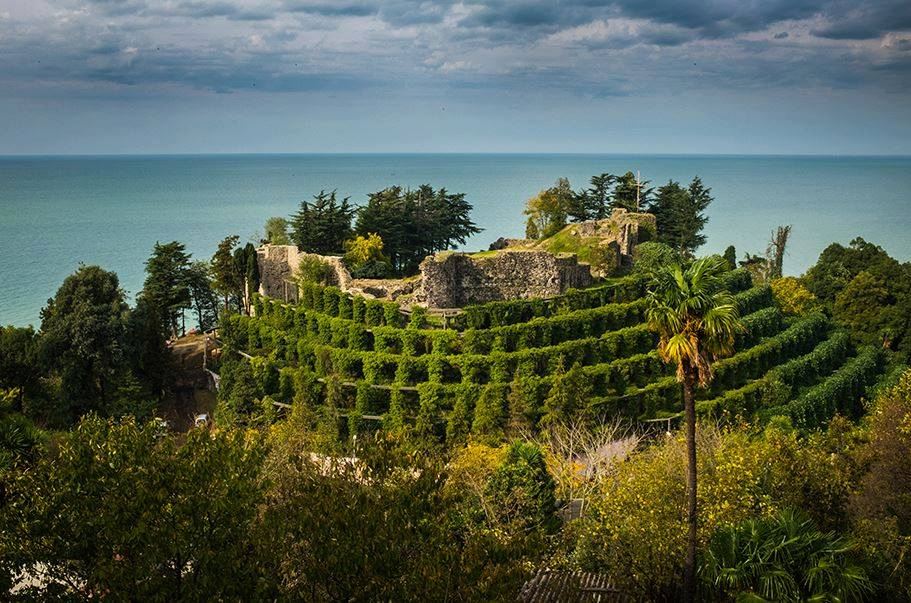 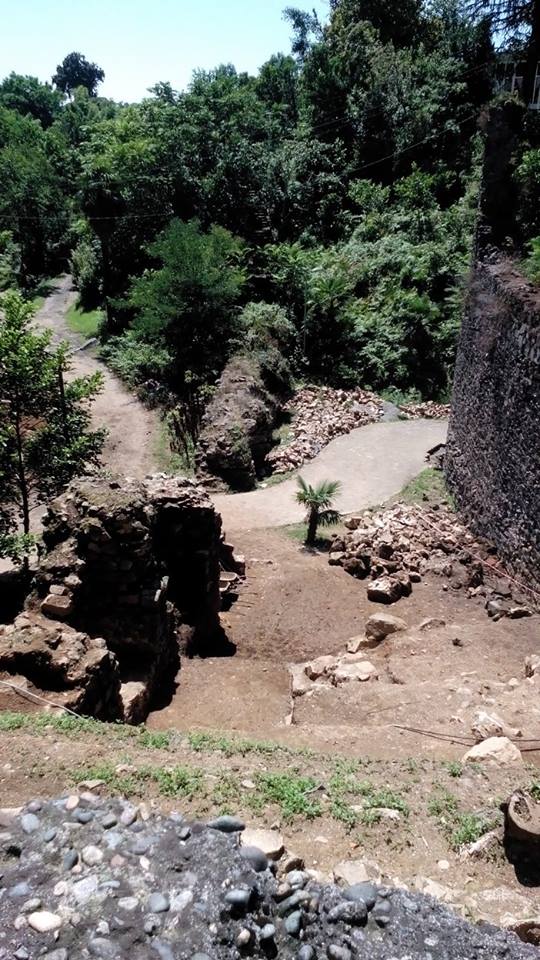 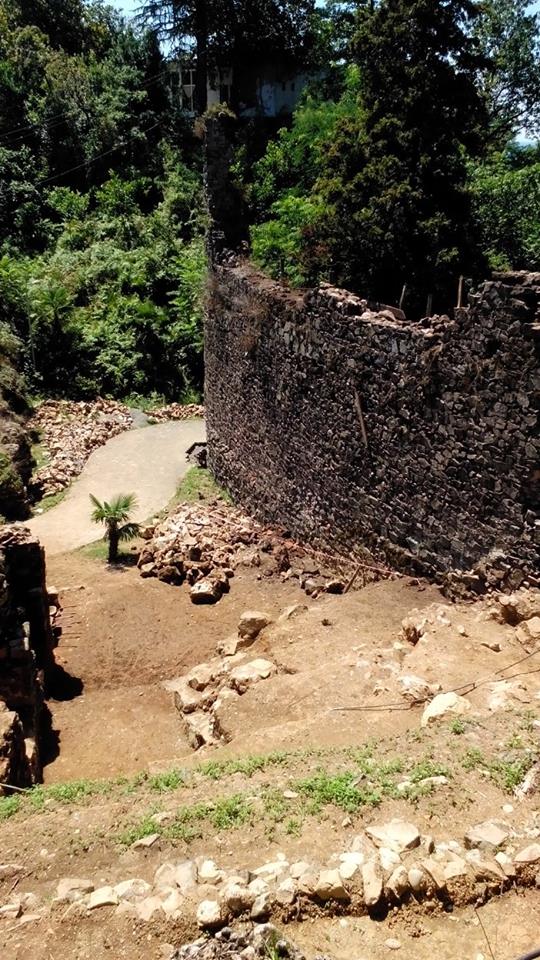 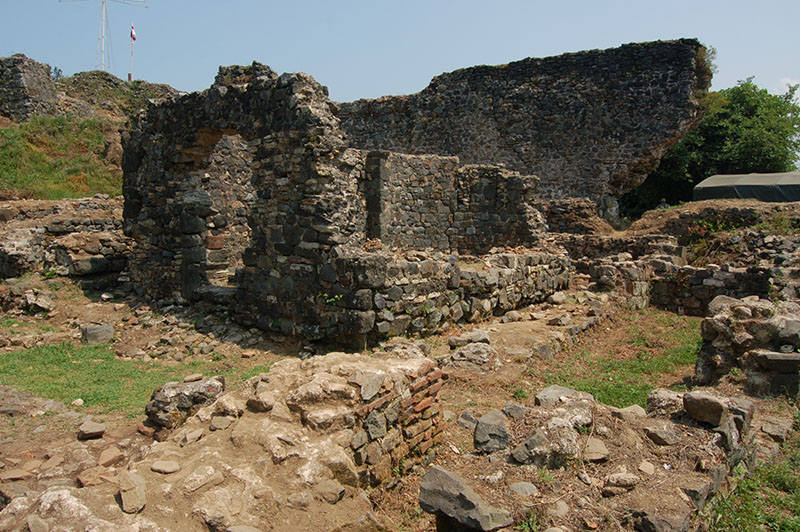